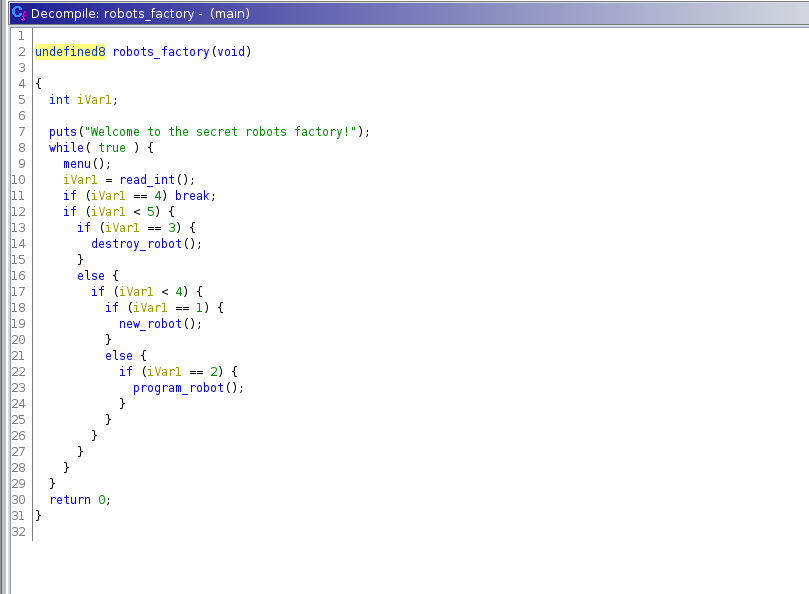 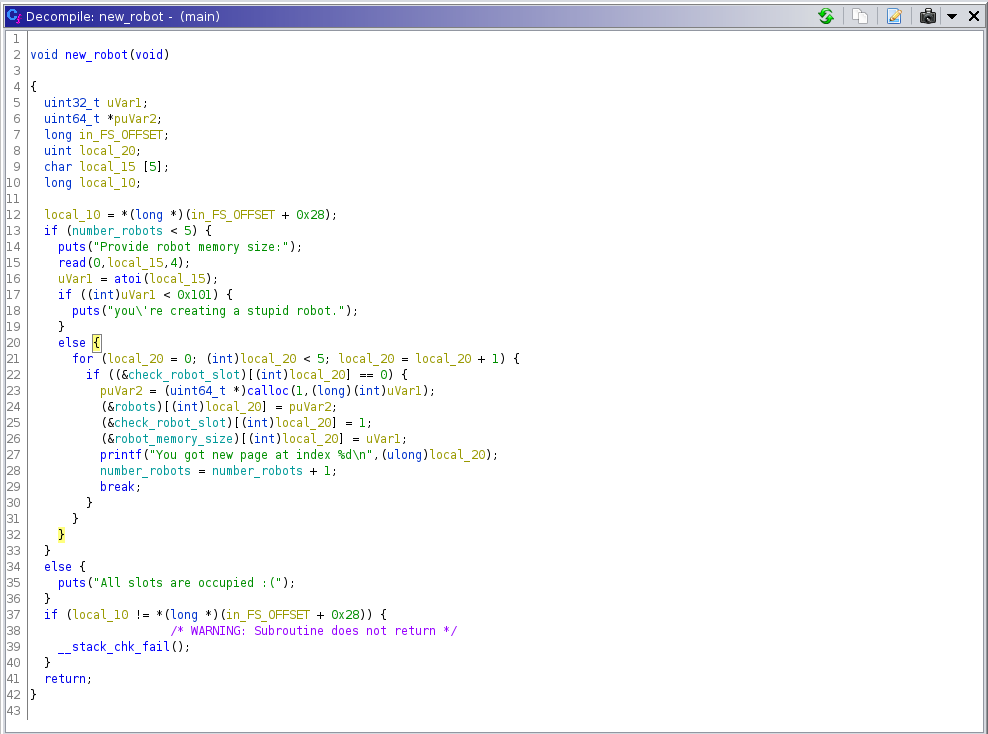 From the image above, we know we can’t allocate chunks below 0x101, we can see that the boolean checks, sizes and allocated pointers are being stored in global variables.

We see that calloc is being used and unlike malloc, it won’t reuse freed chunks in tcache linked lists. Due to this, we can’t use tcache poisoning. We must also remember that calloc will begin allocating space with 0s. 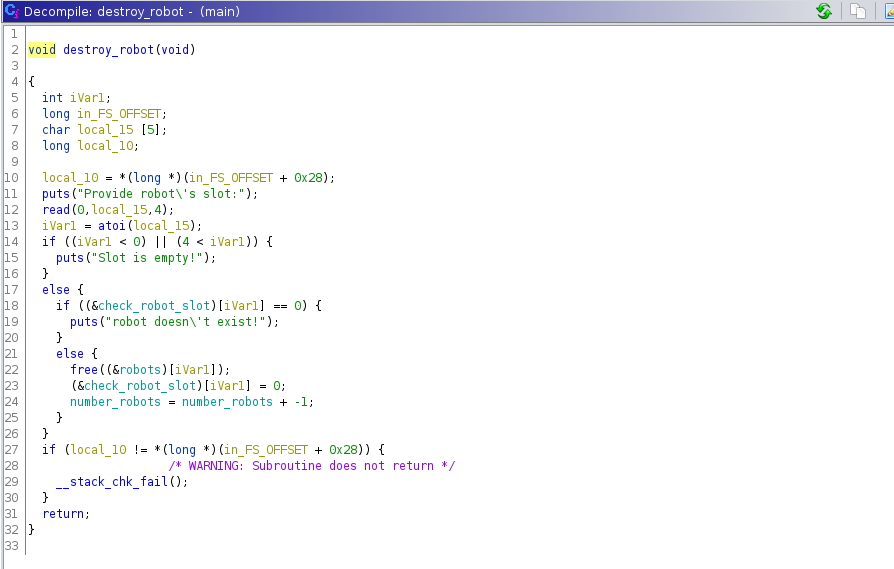 The code above tells us it sets the boolean check to zero and frees the chunk, because of this, we know we can’t double free (because of the check).

We can edit the contents of the allocated robots in program_robot; we can also see that there is no boolean check. Only an if statement to check if a pointer in robots exists, and since the pointers are never set to zero in delete we can use a use after free vulnerability here.

We are given the Dockerfile setup of the server:

We can get the correct libc shared library by simply using docker cp:

Usually when the Dockerfile is given, I like to do some modifications like installing gdbserver; this way I will be able to get the closest instance environment for debugging (libc versions and offsets in the stack will differ if your environment or libc version on your system is different).

I added the following instalations on the Dockerfile:

After this, we can easily attach to the process using a command (the user for Docker must be the same that is running the binary in this case task):

To attach to remote process with gdb:

There isn’t a print function, so there’s no simple way to leak libc, and we can’t use fastbins because the binary only allows allocations above 0x100, so our first approach is to find a way to use fastbins.

This can be done if we find a way to modify global_max_fast into a big value, but how do we achieve this? We don’t even have libc to calculate the offset for global_max_fast ?

One thing we can do is a 4 bit bruteforce, if we free a chunk into an unsortedbin: 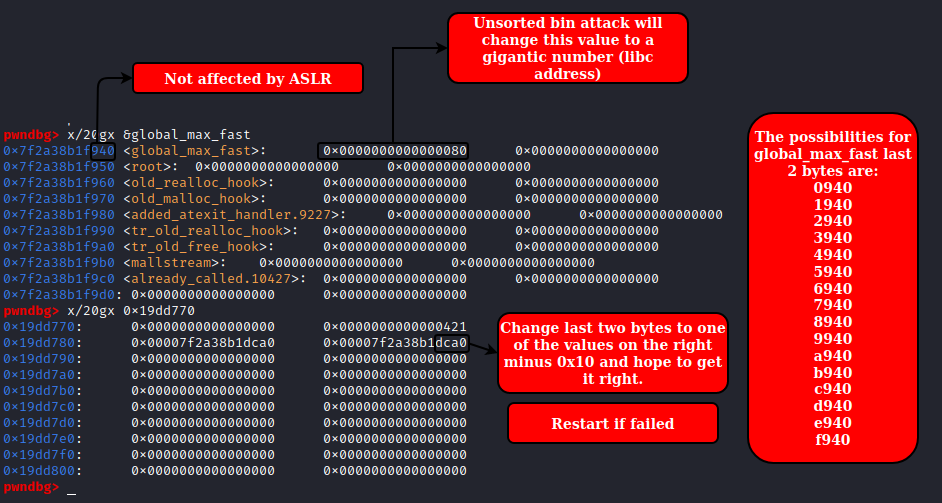 That’s how we can find the address of global_max_fast, and why this variable in particular ? Because it controls the maximum size at which malloc interprets a chunk as fastbin, by default its value is 0x80.

It’s required to modify this value into a bigger number. We can do this by using an unsorted bin attack. We need to modify the bk to the address we want to modify, minus 0x10.

This is how the exploit looks right now:

We can use fastbin dup but still we don’t have any leaks. Luckily, robots and robot_sizes are stored in global variables, which means they will be located in the bss.

Unlike the stack or heap the bss addresses are not affected by ASLR if the PIE is disabled.

The goal here is to corrupt a pointer in the fastbin linked list so that the next malloc allocates in the BSS.

We have a UAF so we can easily corrupt the fastbin linked list. We will need to bypass the security check since the sizes are also saved in the BSS we can easily create a fake chunk size:

The look in memory of the fabricated chunk:

Then we proceed to free two chunks and modify the fastbin linked list:

Leak libc and pop a shell

We can now edit the pointers in robots we just need to modify one of those points to the atoi GOT so we can replace the contents with printf (to achieve a format string vulnerability):

Since atoi has been replaced by printf, it will be more difficult to select options from the menu, but luckily printf returns the number of characters printed, so we can still interact with the binary:

Now that we have libc leaked we just need to modify atoi again to system and give sh as input: