So we got a windows binary that uses CryptoAPI from Microsoft first thing to do is to open the binary in IDA a check the start function: 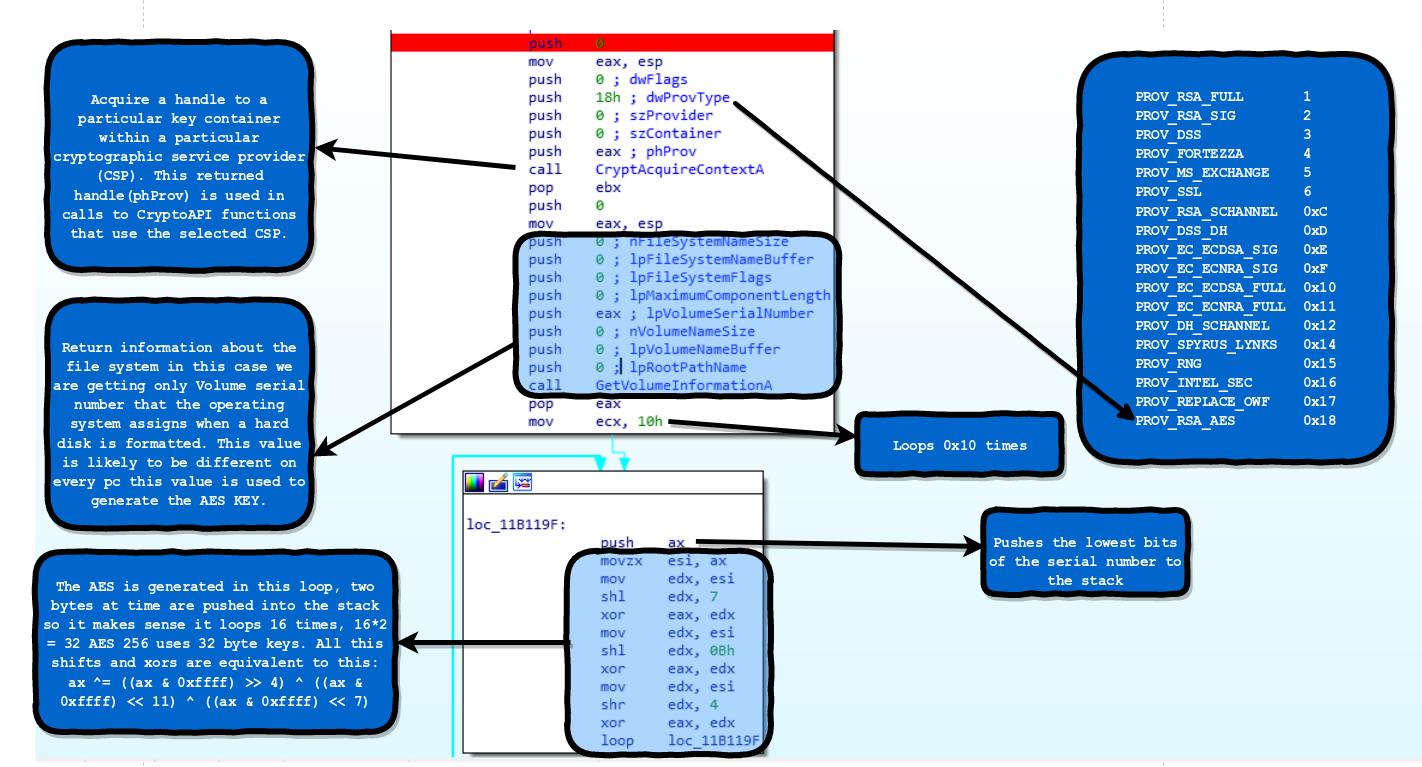 So after creating the key for AES the program will import the key handle following by decrypting the loaded encrypted data from the PE resources as it is explained in the image bellow: 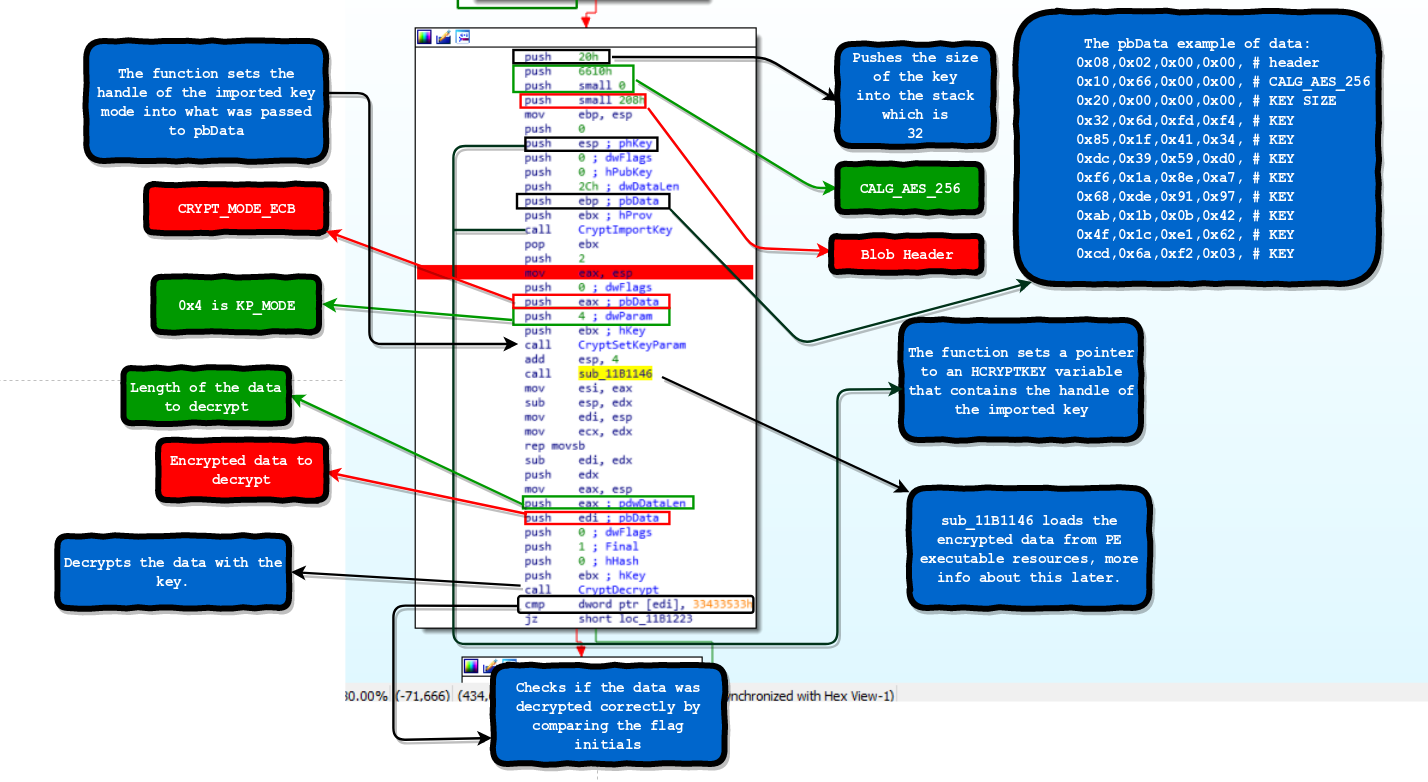 As I explained in the image above if you inspect the sub_11B1146 you will see it’s using the LoadResources function to extract data from the PE executable, this data happens to be the encrypted data. We can extract this data in two ways, either with dynamic analysis or with a tool to extract resources from windows binaries in my case i used wrestool:

Time to write a script to bruteforce the serial and decrypt:

The lower bytes of the serial is 0x25c3 and the respective flag was 35C3_MalwareAuthorKryptoChef.