I didn’t solve this challenge during ctf time, but I spent a lot of time trying to do it, perhaps in the end I had the opportunity to speak with a guy who solved named stan from discord which told me his solution.

I eventually ended up implementing it, I learned a lot of new things about the IO_FILE struct, huge thanks to him for leading me into the right path in this challenge.

There’s not much in the main from it we can get:

The author uses seccomp to only allow a few syscalls:

So we don’t have execve syscall so we can’t get a proper shell, but we still have sys_write,sys_read,sys_write which can be used to read the flag file from a path location.

In libc-2.29 the permissions to write in vtables are enabled so the author decided to make them read only but he did a mistake in setting the ranges, he missed a couple of tables:

Blocked vtables from the author:

Because of this the only thing we need to do is to change the vtable pointer into one of the writeable vtables to get control of rip.

Get arbitrary write with “unlimited” input

First thing we notice is that we have two very limited arbitrary writes with a max size of long long and we can only change two locations in memory.

This is the uninitialised _IO_2_1_stdin_: 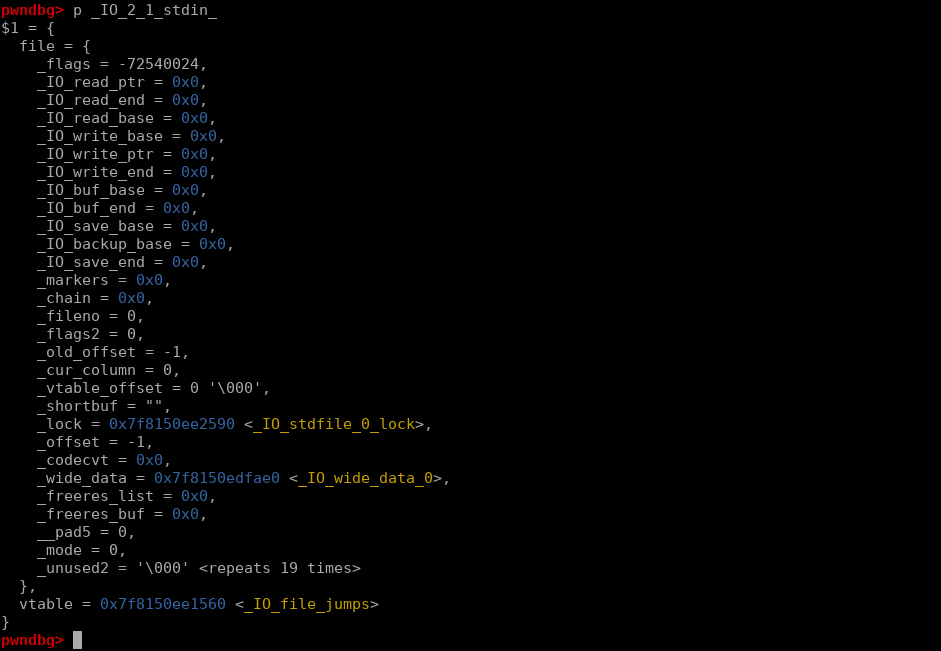 What happens next depends on setvbuf option:

From here we know the option used is _IONBF which means “No buffering” the buffer is not used. Each I/O operation is written as soon as possible. This a usual thing in ctfs to disable buffering of stdout, stdin and stderr and this time is very handy for us because instead of allocating a new buffer on the heap, the limits of _IO_buf_base and _IO_buf_end will be defined with pointers within stdin where _IO_buf_end-_IO_buf_base = 1 saving only 1 character which will be the end line character (‘\n’ or ‘’ depends on the input).

Here is the stdin after being initialized by setvbuf: 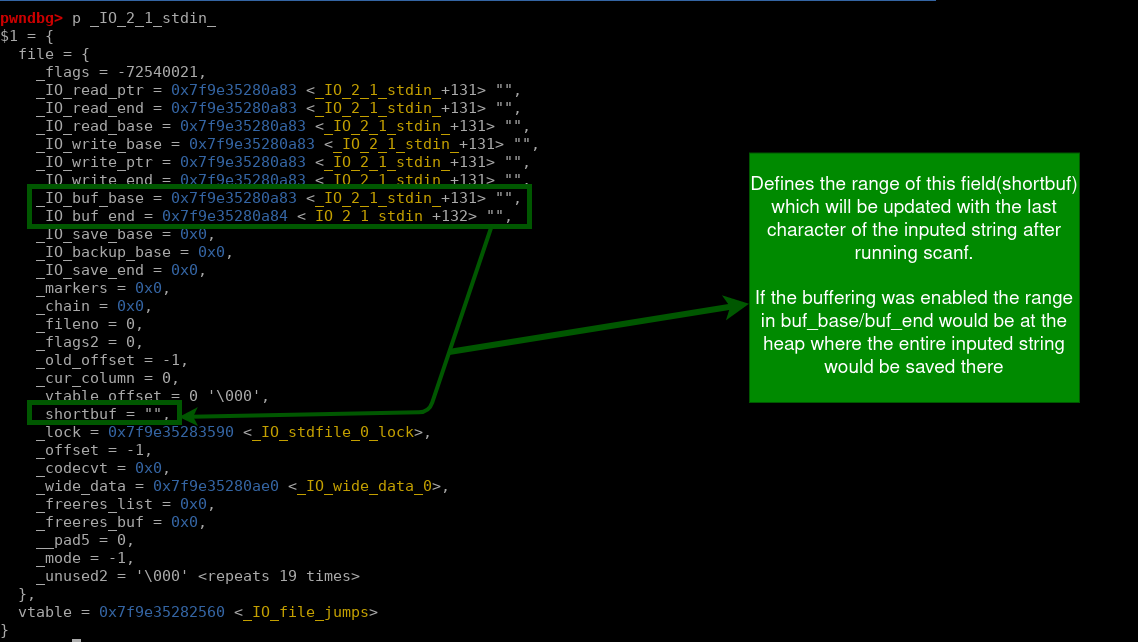 If we use the first scanf to increase the value of stdio->_IO_buf_end, instead of only controlling the _shortbuf field we will be able to control the contents of what comes next: 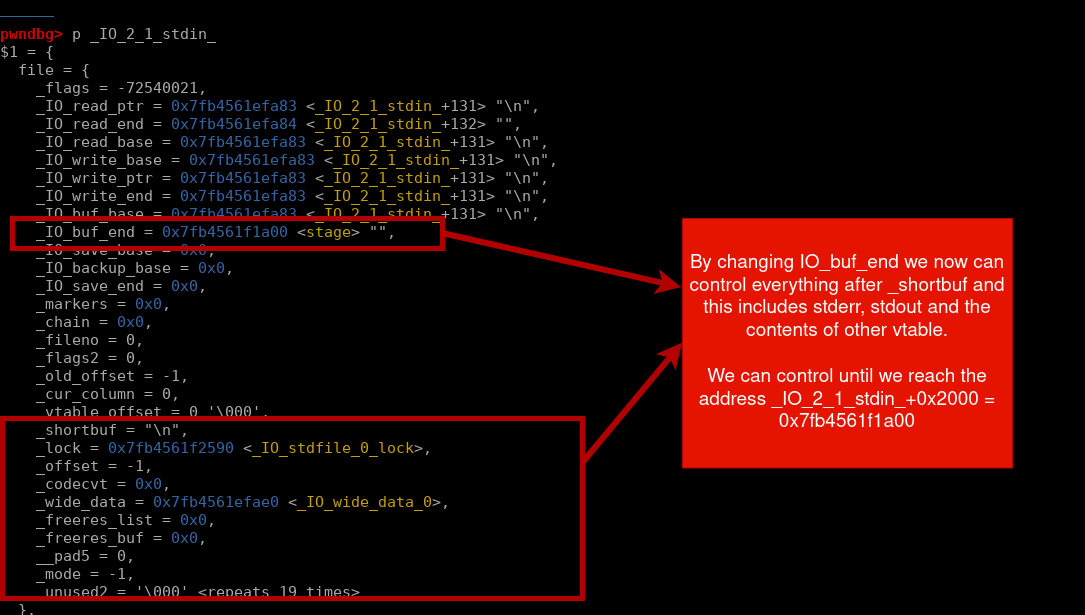 Also the libc source code can be found at:

Much better images explaining the code above can be found in Angelboy slides.

From the initial plan we know we must change values on _IO_2_1_STDOUT->file->vtable, and values on the _IO_helper_jumps vtable but there will be a lot of values in the middle because we are overflowing everything from the very beginning, in this case from the stdin we can’t just fill everything with nulls and expect everything to run smoothly , obviously the program will break if we do that we need to keep an eye on the fields that contain mappable addresses.

We can control RIP by changing _finish from _IO_helper_jumps vtable: 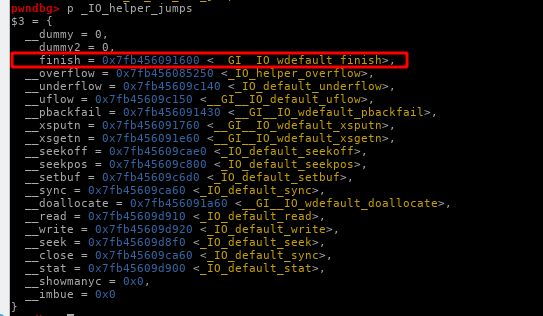 And why? because fclose(stdout) will be executed in the main_function, and it uses pointers from the vtable.

Fclose closes a file stream, and releases the file pointer and related buffer, it will first call _IO_unlink_it to delink the specified FILE from the _chain list:

After that will call the system interface to close it:

Finally, the _IO_FINISH in the vtable is called, which corresponds to the _IO_file_finish function:

Now that we control the rip we need a way to stack pivot, so lets first see the value of the registers when we jump to _IO_FINISH pointer by changing it into 0xdeadbeef: 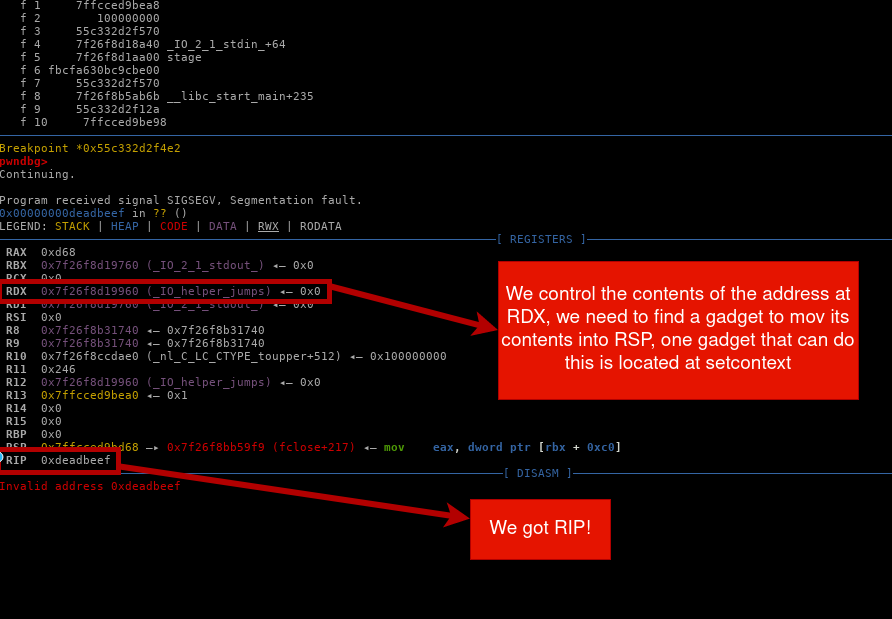 We can control the contents of RDX, to use it we need to find something like mov rsp, qword ptr [rdx]; ret, a gadget like this can be found at setcontext+0x35: 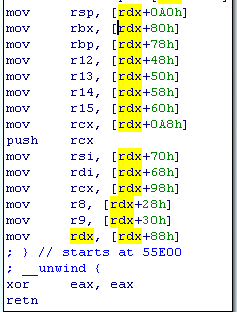 Again we can’t use execve but we can use open, read and write which is enought to solve the challenge. In the end we will be executing this:

The reason why fd will be equal to 3 is because _IO_LIST_ALL contains a linked list of the filestreams, by default stdin,stdout and stderr are already loaded so the next is 3: