I feel like I ended up using an unintended solution, this binary had a lot more options but I ended up only using the change_plane_name function. In the end my solution is based in exploiting the IO_FILE_STRUCTURE, by abusing a negative index that allow us to modify STDOUT.

Preparing the binary to LD_PRELOAD

To preload this binary we need to use patchelf to use the ld given by the challenge:

Now preloading in the terminal:

The vulnerability is here, there isn’t a check for negative indexes.

By editing the -2 index things will be aligned with the stdout and stderr pointers in the BSS.

In the end the size filed of “read“ will be part of the stderr pointer and the pointer of stdout will be the buf to be edited: 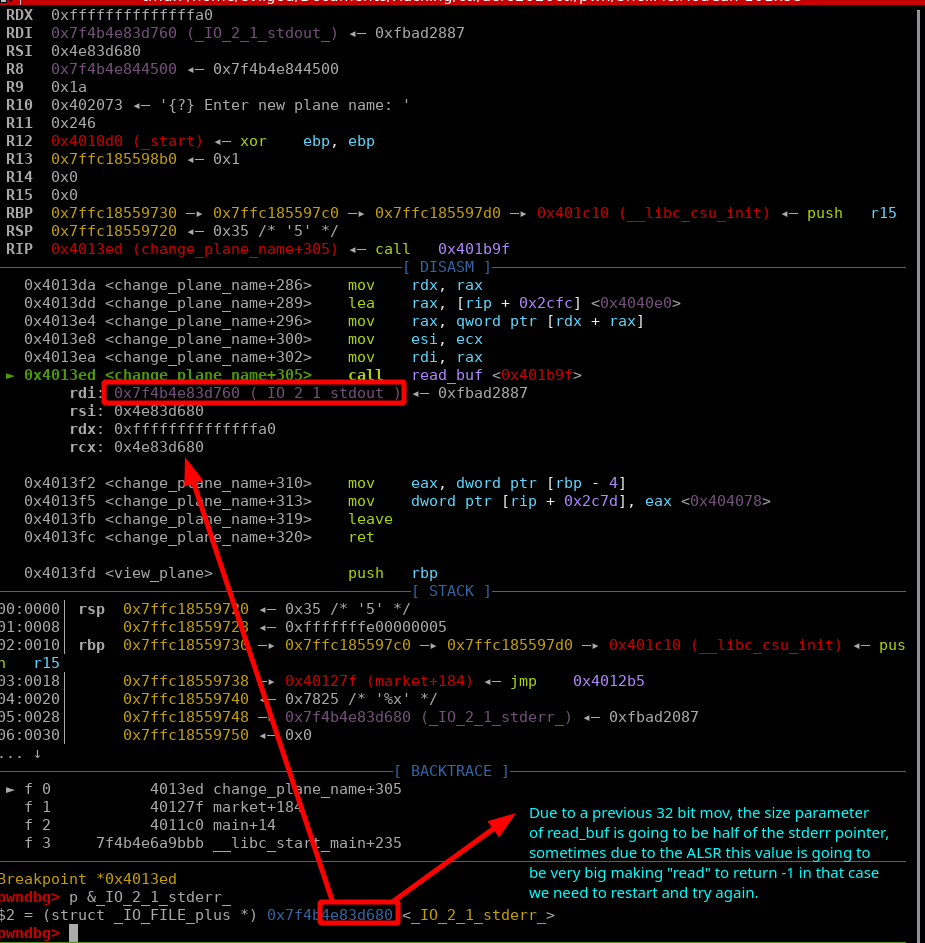 The first edit is to make printf/puts to leak a libc address the way we can do this is by changing the STDOUT file structure to meet this conditions:

To get the libc source code of this version we can get the source from glibc git and change to the correct branch:

From changelogs we know that _IO_do_write is defined as a macro for _IO_new_do_write:

The intention is to skip the else if block, to achieve this we need to make this true fp->_flags & _IO_IS_APPENDING, so we can set the right flags like this

All that we have to do is to set stdout->_flags to the value we calculated and partial overwrite stdout->_IO_write_base to make it point somewhere to get a leak.

Having libc we just need to find a way to get a shell, we can use IO_FILE structure again, but this time instead of entering IO_OVERFLOW we want to actually change its pointer and how we can do this? Each IO_FILE has a vtable that contains multiple saved pointers to functions like IO_OVERFLOW: 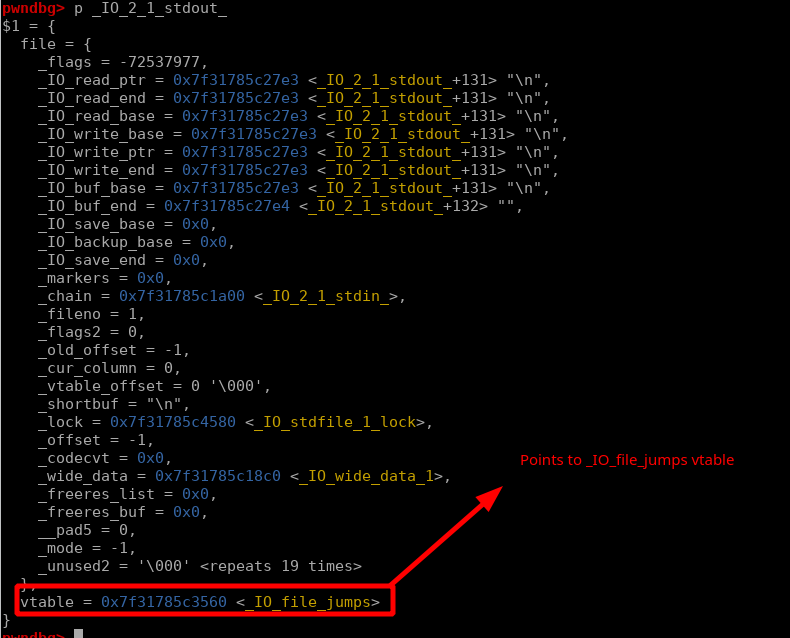 But IO_file_jumps is to far from the stdout, to actually change that pointer, it would require us to change a lot of things in memory, instead we can change the vtable pointer to IO_helper_jumps.

And yes vtables are writeable again in libc-2.29 for some reason: 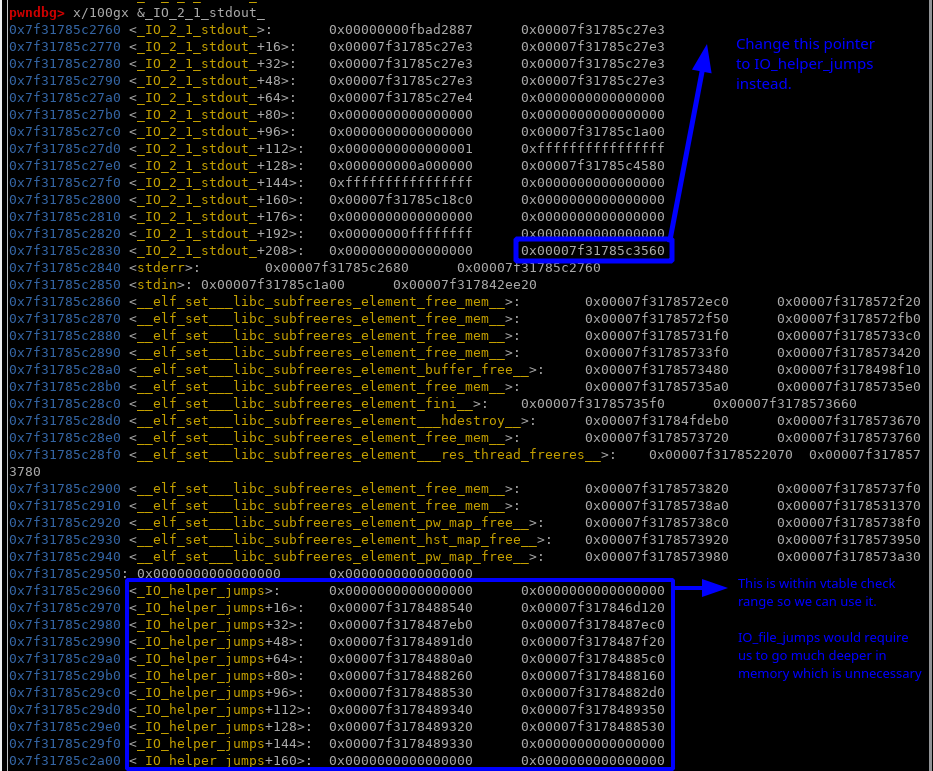 The python line to edit the -2 index aka stdout:

If we leak with success we start building stdout overflow:

After this we can get a shell pops the full exploit: