Vulnerable Point of Your Network :)

We have have a web interface where we can control tcpdump command via options parameter this immediately hints for a command injection challenge, after inspecting the code we could see some hints in a html comment:

Cgi scripts outside cgi-bin folder won’t execute instead we will be able to view its source code so lets inspect diag.cgi first:

This would be a very easy challenge if it wasn’t for use DSSafe; after some search online I ended up at the challenge author blog as he said this is a module to hook all dangerous Perl invocations like system, open, backtick etc…

The full source code can be found at https://pastebin.com/EyY7UWAX

This module replaces the original system and implements its own command line parser which blocks some bad characters like:

So the idea behind to bypass this restritions is to run perl script via strerr by using tcpdump ‘-r’ option, this option tries to read a file and this is what happens when we try to read a file that doesn’t exist with tcpdump:

As you can see we can control the file name (123) so we can use the name to inject our perl code, but we have two aditional parts to consider so we don’t get errors while running it this error message.

The first one is the tcpdump: part luckly in perl this will interpreted as a goto jump label this is something that you can do also in c or on assembly(labels where we can jump to) we won’t have any compilation problems with this so lets move on.

The second one is : No such file or directory this won’t compile unless we remove by using a comment just like we do when we are performing sql injection, so lets test if this works in the command line:

As you can see it works here is a visual image from orange blog how the perl script looks like in a highlighter: 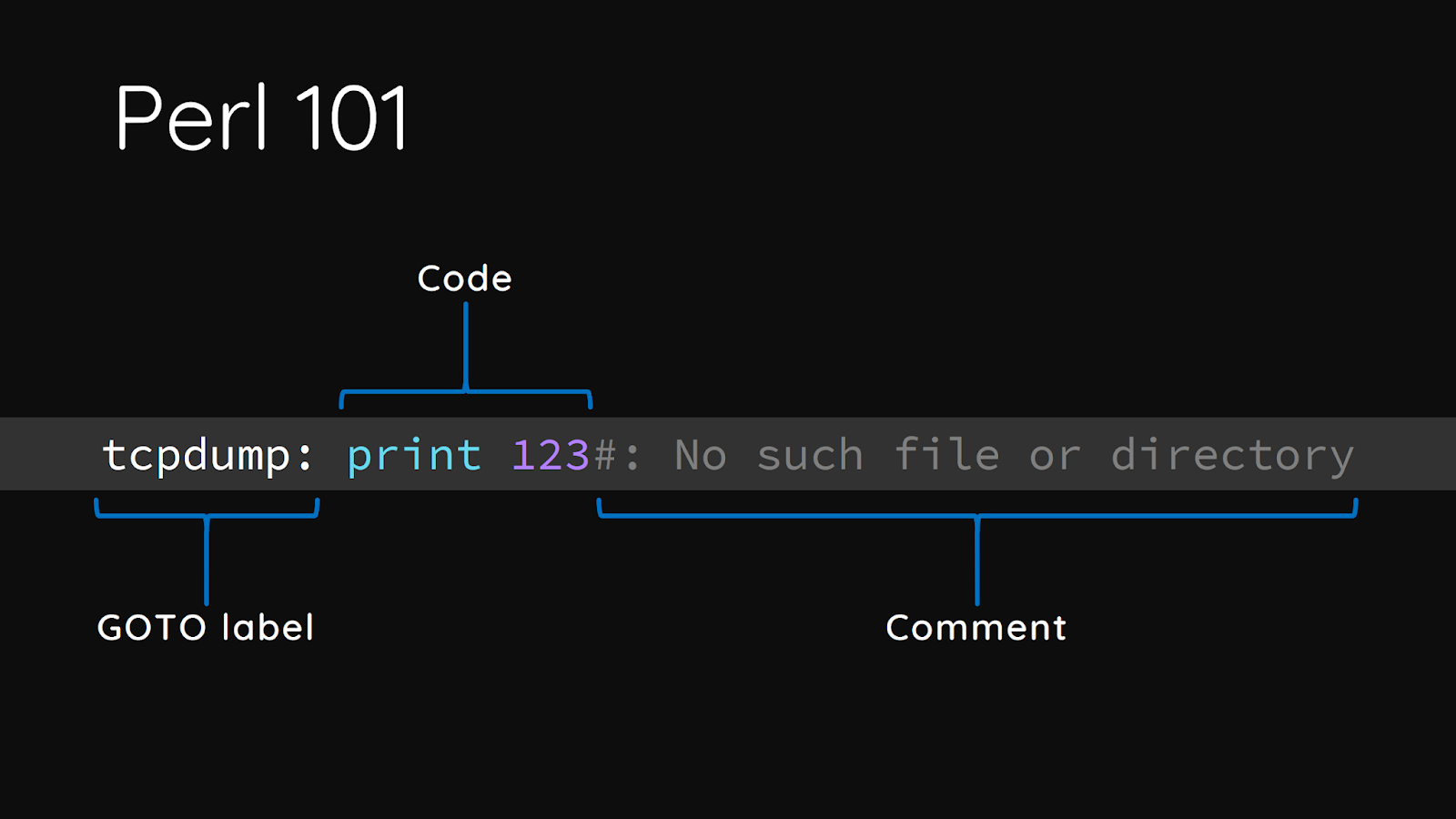 We can’t really control stdout in the application so we need to redirect the stderr into a file and use the backdoor present here:

So if we send our payload to a file at ./tmp and pass the file name to tpl get parameter, require will execute as perl and we get RCE.

Our final payload will require a < in the end to fool DSSAFE.pm and redirect STDERR into a folder that we can write and read, this folder is ./tmp :

And now url encoding the string:

Adding some backslashes to dolar sign so the variable isn’t evaluated as a bash variable:

Using curl to test our payload:

And it worked we managed to run ls, but we now see $READ_FLAG$ which is an executable and the file FLAG containing the flag , we don’t rights to read directly only root can, our user is www-data, but if we manage to run the executable $READ_FLAG$ (setuid bit is enabled so it will run as root which is the file owner).

I run into some problems because of the file name there is some shitty symbols($) so we need to do some tricks to be able to execute:

The final payload without url encoding looks like this: